Archbishop Viilma on ESTO 2019 Opening Service: it is our heart that does not let us forget who we are and where we come from. 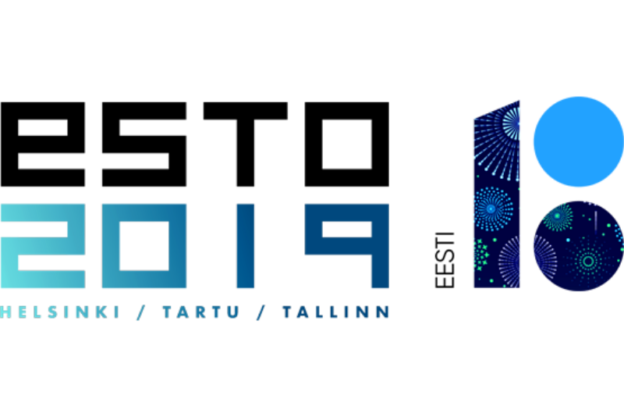 Urmas Viilma, Archbishop of the EELC

Jesus said, “Everyone then who hears these words of mine and does them will be like a wise man who built his house on the rock. And the rain fell, and the floods came, and the winds blew and beat on that house, but it did not fall, because it had been founded on the rock.” Mt. 7:24-47

Over the past 30 years, we have attained a certain proficiency celebrating Estonian national holidays and anniversaries of the events connected to Estonia’s independence. We have developed traditions and customs, we have grown in confidence and in our sense of national dignity, which were reinforced by the success of the celebrations on the 100th anniversary of the Republic of Estonia. Starting today, we can supplement this list with the XII Global Estonian Cultural Festival, ESTO 2019, culminating, in a way, with the 20th Dance Celebration and the anniversary Song Celebration in the end of the next week. It creates a feeling that this is how it has been for decades, and that it will always be this way.

However, looking back at the controversial past century, we can ask many what and if questions and speculate about hypothetical possibilities, as we reflect on the course of our history. I believe nevertheless that, irrespective of the depth of history or the fantasies of future where our guesswork and reflections may take us, we can be grateful for all this human effort, as well as the heavenly guidance, that have brought us to this day and moment. Yet, the quoted passage from the Scripture leaves us with the question: Have we built our house on the rock or on the sand?

100 years ago, we won our victories fair and square; 30 years ago, we sang our songs into a revolution and joined hands with our neighbours in the unifying Baltic Chain. We did this with an honest intent – to build our house on the rock. In addition to having a load-bearing foundation, a house needs to be a home that makes us feel good and where we can always return in happiness as well as in sorrow. Everyone should have their place in a home, with their own duties and responsibilities, rights and freedoms, opportunities and challenges. A home is a place of family. A home provides everyone with their daily bread and clothing. A home also includes a chamber where we can be alone or talk to God. If a home is governed by a spirit of mutual trust and love, and all that is dear and valuable to us is kept safe, then it is easy to be hospitable and helpful towards both friends and strangers. Then we are encouraged to welcome the surrounding world with bright eyes, without seeing it as a place of escape from home.

However, in his proverb, Jesus did not only speak about building a house, and not even about building an earthly state. He said that we must found the entirety of our lives on a firm rock. Today, we can identify faith, hope and love as some of the constituent elements of that rock. According to Apostle Paul, ‘the greatest of these is love’ (1 Cor. 13:13), indicating that love constitutes the heftiest part of our home rock.

But, even though love is the greatest of them all, we have no yardstick for measuring love. And love is not something we can learn through routine training. If this were the case, it would not be actual love but a mere simulation, based on good knowledge of the part and the rules. However, our happiness is not based on technical life skills, nor on perfect adherence to the rules of courtesy we have established for social interaction, but on the possibility of receiving love – from our neighbour / God – and the ability to respond in kind with our words and deeds. Ideally, the actions of a Christian should even follow the reversed order – giving first and not expecting love in return. If a response follows, it is considered a blessing!

The same applies to the love of homeland, which constitutes a small part of the respect for elders. The care, labour, love and even the spilled martyrial blood of our ancestors have secured peace and good life for the current generation. Unfortunately, our recent history also includes a period, that lasted for a couple of generations, when we could not speak about Estonia as a free country, about Estonians as a people with their autonomous right to life, or about our land as the place given as home to this small nation. However, even in this period, everyone had the option of maintaining faith and internal freedom, if they did not let themselves be imprisoned or subjugated to the foreign regime. The hearts remained free, because it is impossible to deny the heart its sense of freedom and love!

Even if we as a nation are now, for various reasons, scattered throughout the globe, being found on every continent and in every port, it is our heart that does not let us forget who we are and where we come from. An answer can be found, among other places, in the poem “We are Children of the North” by Anna Haava, which is also included in the repertoire of the 2019 Song Celebration. The exiled poet Henrik Visnapuu complemented this with his own meaningful verse, “We are the branches of St. Mary’s Land”, leading us back to our roots. These words are engraved on the cornerstone of the Ehatare Retirement Home for Estonians in Canada, to remind them of their roots and of the fact that Estonia has a home in the heart of every Estonian, irrespective of where they are in the world.

We have restored the continuity of Estonian statehood as a sprout growing from an old national stump with deep roots. The sprout of our state and people is viable and strong, as it spreads its branches and stretches towards the sun across all oceans and continents. In every corner of the world, we bear a shared responsibility for preserving our nation and language – the entire Estonian culture. This is how Estonianism was kept alive by the generation that was forced to leave their homes 75 years ago. The same applies to the generation that was born and raised far from their Estonian home. Estonianism was also preserved by the generations that were internal refugees under the occupation. We all carry free Estonia in our hearts. Thus, we have carried and continue to carry Estonia with us wherever our path may take us, in a firm belief that our Estonia has, wisely, been built on the rock where it cannot be destroyed by rain torrents, floods or storms.

The theme of ESTO 2019, “Our Future”, calls us to include young people and share our responsibility for Estonia’s future with the new generation. This is a global, not merely local desire and wish because, in our hearts, our tiny Estonia has long been the same size as the entire world. We can read on the website of ESTO, “Estonia does not exist only within Estonia’s national borders. Estonia exists in the hearts of thousands who live outside of Estonia.” Make a nest for Estonia in your heart – carry her in your lap! Give her a hug! And believe me – Estonia will respond you in kind. You and I and they – we are all Estonia that is built on the firm rock of love. The Estonia of the future!