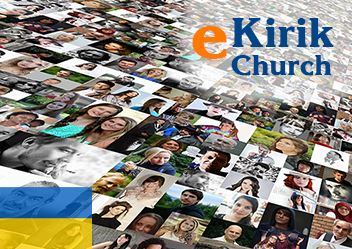 A hope that enters into the inner shrine behind the curtain, where Jesus has gone as a forerunner on our behalf. (Heb. 6:19-20)
News

You can find news about church life on the e-Church web portal. Read more »

Since 24 February 2022, the world is no longer the same. We are witnessing terrible developments on the battlegrounds in Ukraine. Thousands of people have died, including innocent children, teens, the elderly. Tens of thousands have been wounded. Hundreds of thousands Read more » 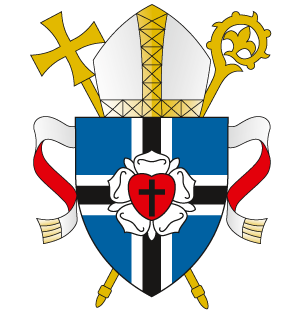 Any war of conquest and subjugation against an independent state and nation is a representation of evil, with its inherent drive to strip away everything that is natural, human and cherished by humanity. People are deprived of their homes; they are separated from family members and can lose everything that we see as part of human dignity. Read more » 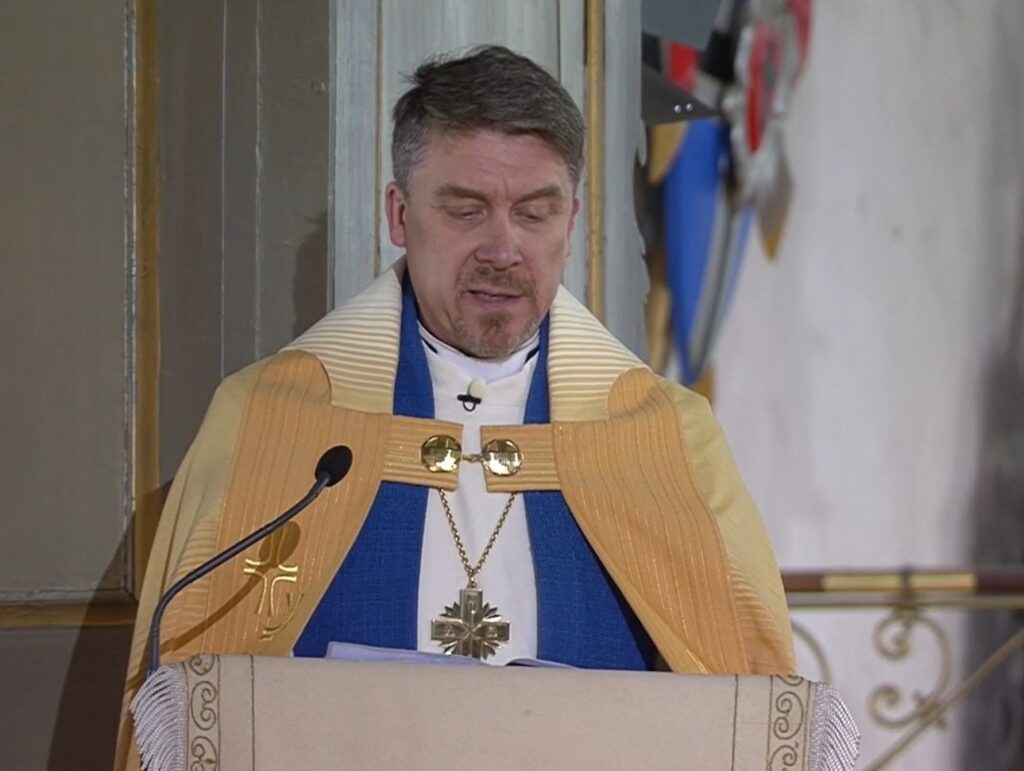 For the past thirty and a half years, we have been able to enjoy our continued independent statehood. On festive occasions, such as today, we like to give joyful and grateful speeches about freedom and sovereignty. Read more »

Archbishop Urmas Viilma: Violence has no power in the face of hope and laughter

I recall these words here at this flag raising ceremony today because I would like to draw a parallel between the official national flag that flies all over the country and God’s blessing. Read more » 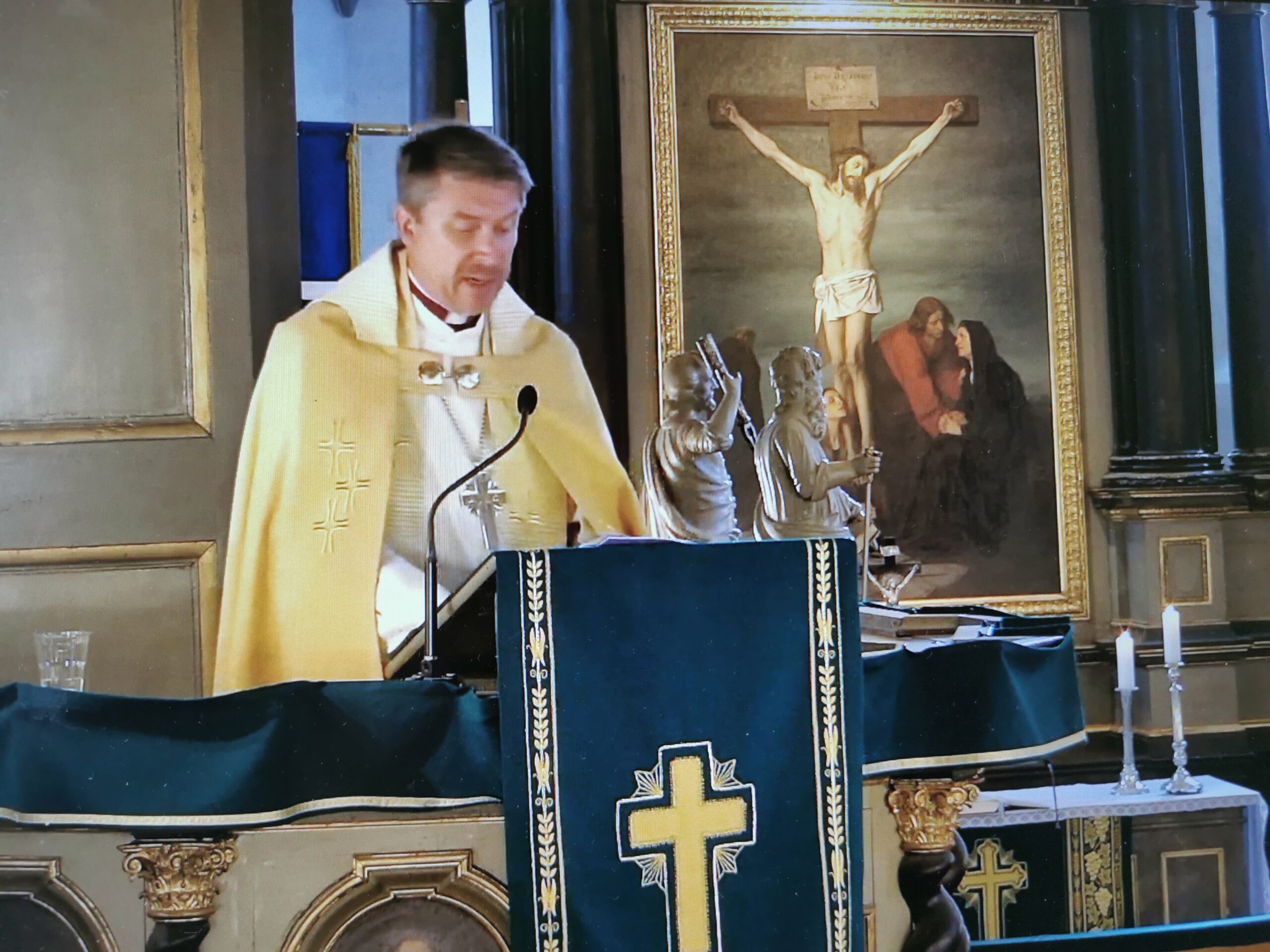 Arcbishop Viilma: "Freedom in its original sense is God’s gift to humankind, which each new generation can accept as a bequest from their predecessors and hand over to their successors." Read more » 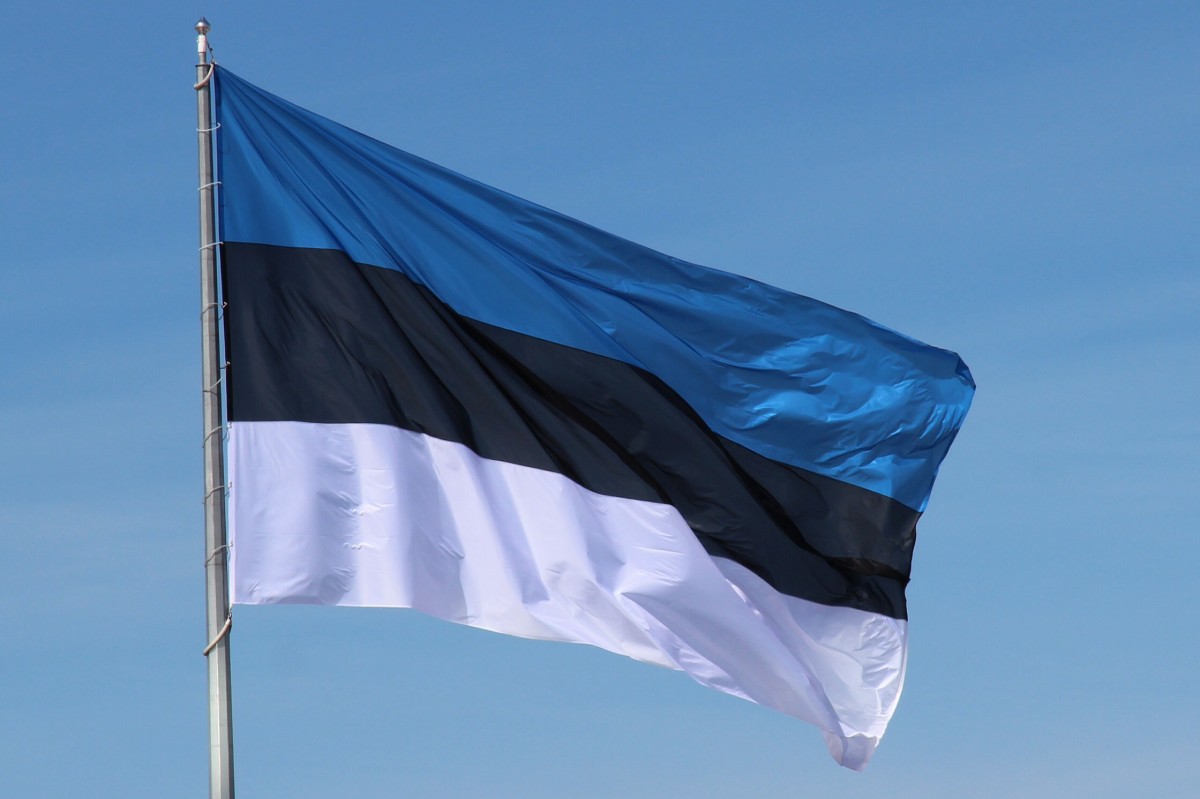 Archbishop Urmas Viilma: Our flag is an eloquent reminder that Estonia lives and breathes

Urmas Viilma, Archbishop of the Estonian Evangelical Lutheran Church At the foot of Tall Hermann Tower, Toompea On the 30th Loe edasi » 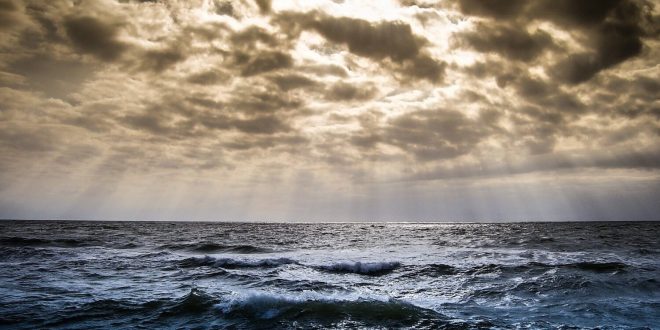 On 26 November 1994, two months after M/S “Estonia” perished in the autumn storms in that same year on 28 Loe edasi » 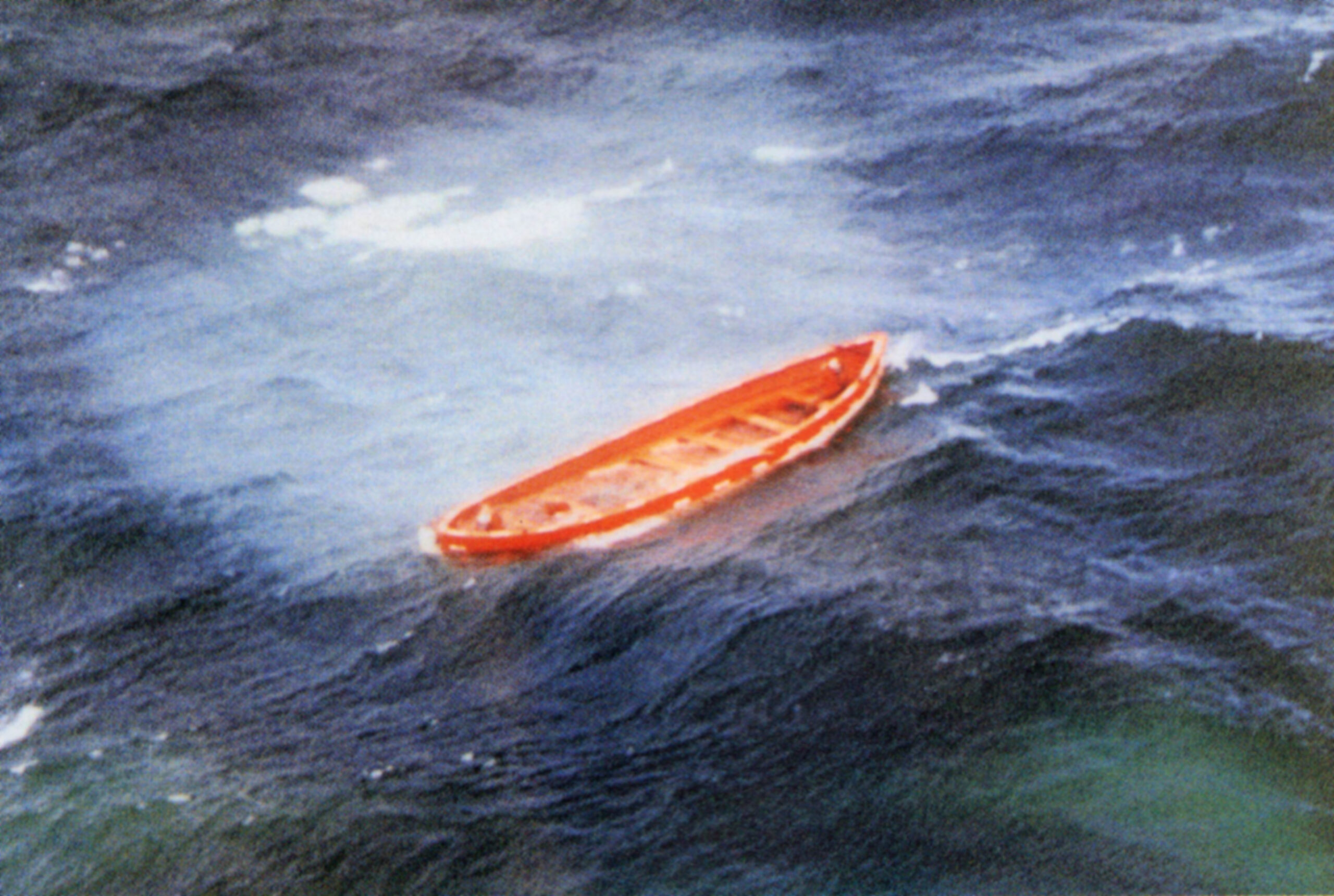 Archbishop Urmas Viilma: With prayer we honour the peace of the final resting place of all whose journey remained unfinished 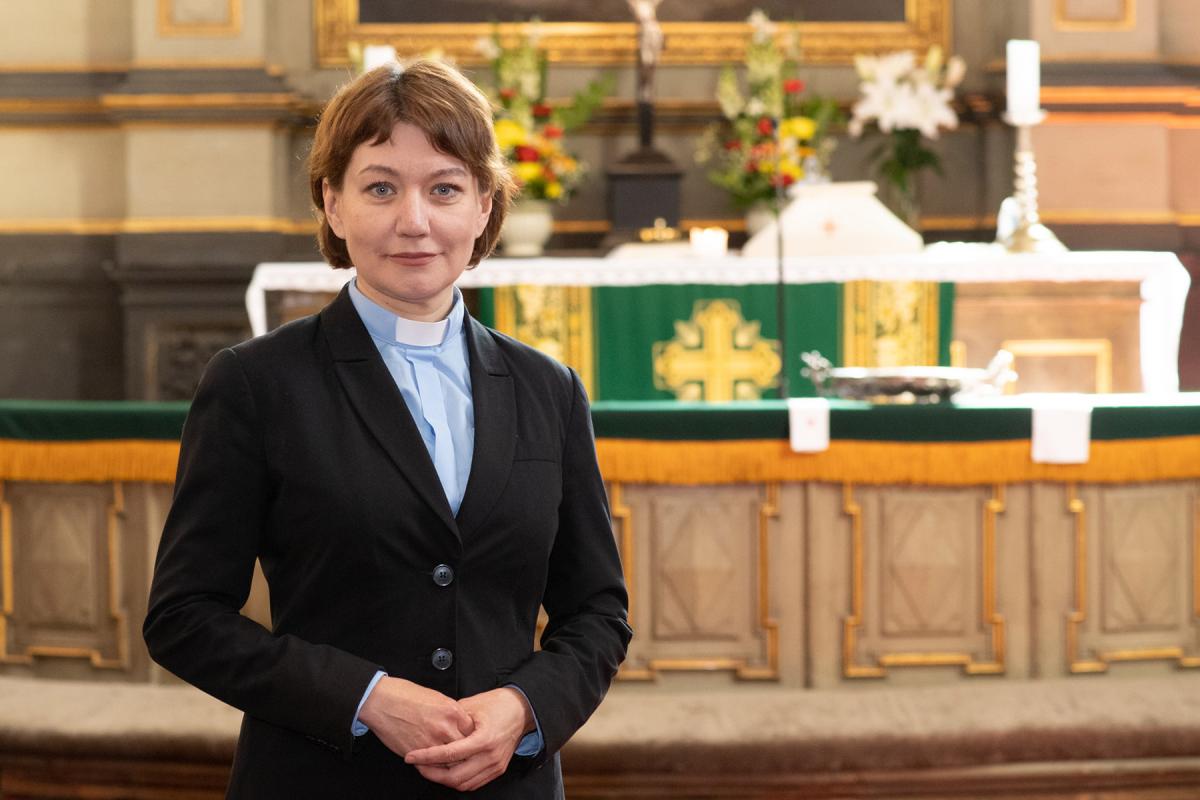 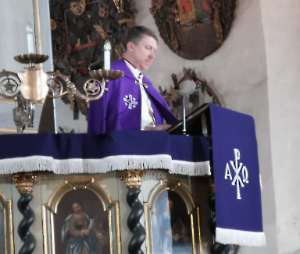 “Owe no one anything, except to love one another. For the one who loves another has fulfilled the Law. /…/ Love never does anything that is harmful to its neighbour. Therefore, love is the fulfilment of the Law.” (Rom. 13:8,10) Read more » 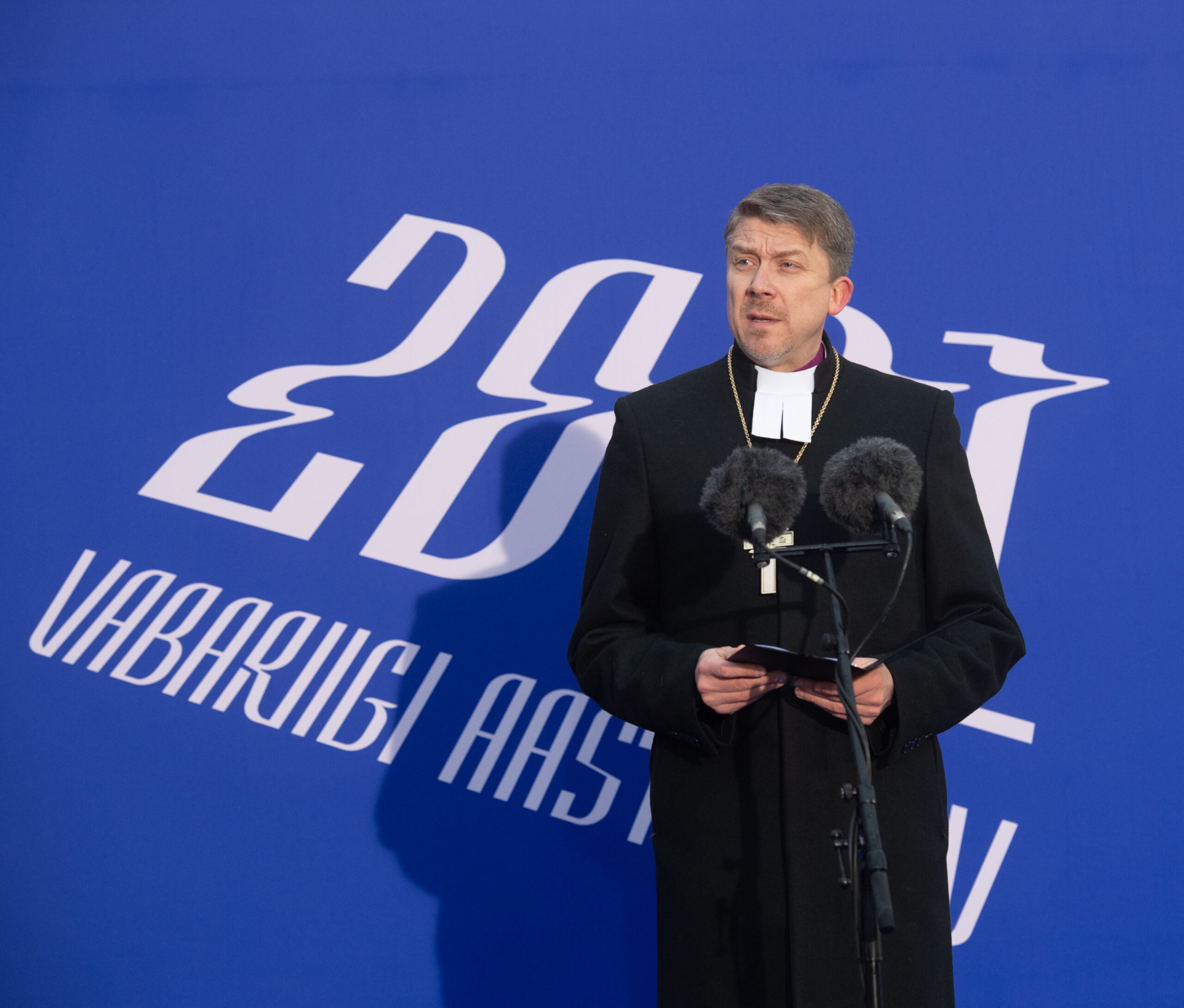 Archbishop Urmas Viilma: our national flag was born on 4 June 1884

This year we celebrate the 140th anniversary of the colour combination blue, black and white. On 29 September 1881, a group of nationally minded students at the University of Tartu held the founding meeting for the student section “Vironia“ at which the colours blue, black and white were chosen to represent them. Read more » 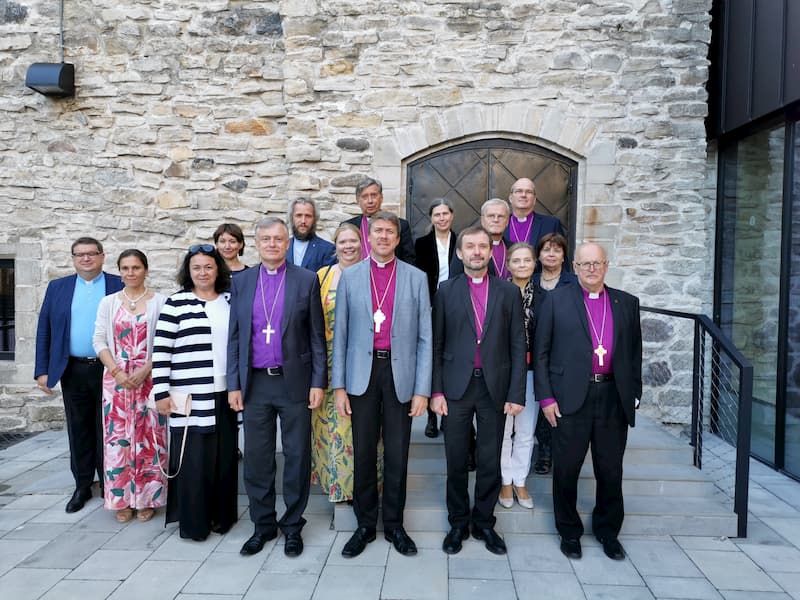 Dear fellow bishops, spouses and assistants from Lithuania, Latvia and Estonia, Please allow me to welcome you from this pulpit of the Haapsalu Cathedral, which is a fitting symbol for the restoration of independence of our countries, our churches and peoples. Read more » 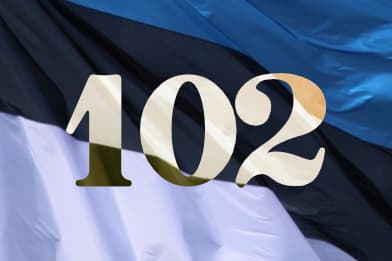 Whether we all stand in the rain or snow, facing the unknown destiny – we can take comfort in the knowledge that it is our shared destiny. Estonia belongs to us all and nobody is invisible. God is invisible. Let us, then, hope and believe that the same God who made the world and everything in it – he himself gives to all equally life and breath and all things (Acts 17:24,25). To large and small, each according to their measure. Read more »

Archbishop Urmas Viilma: Blue-black-white has been the colour of the eyes of Estonians

Dear friends! Many babies, especially in this region of the globe where Estonia is situated, are born with blue eyes. Loe edasi »

The church is present in society and continues to fulfil its primary mission – proclaim the good news of God’s grace and serve our neighbour – in different ways and in all walks of life. Read more » 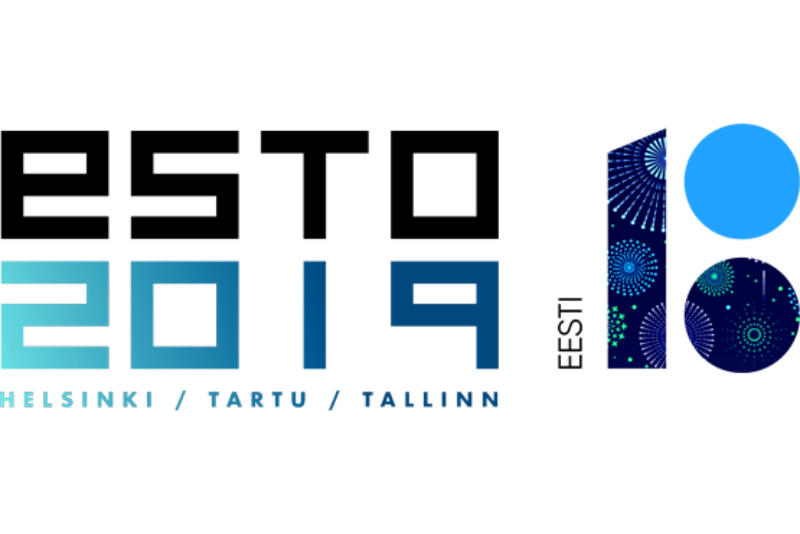 Archbishop Viilma on ESTO 2019 Opening Service: it is our heart that does not let us forget who we are and where we come from

Archbishop Viilma: Thanks be to God – the heart of the Estonian state is in rhythm! 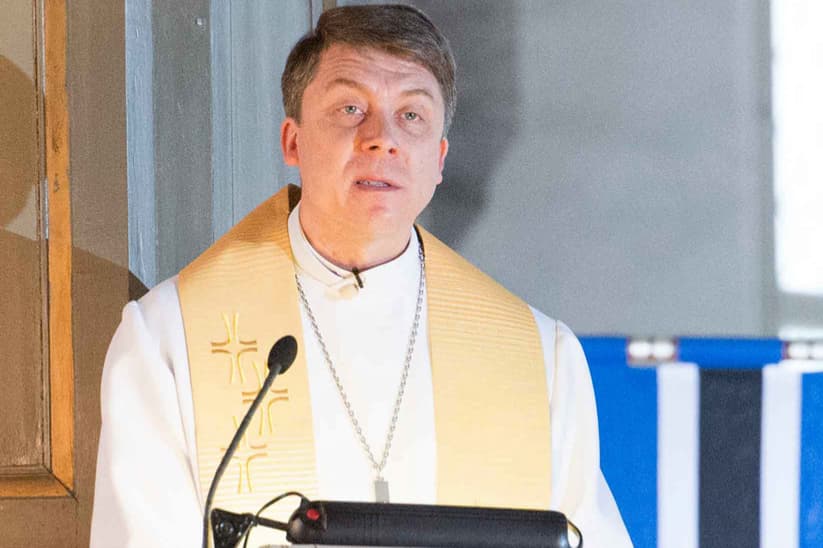 Independence Day sermon by Archbishop Urmas Viilma in Kaarli Church in Tallinn on the 101st anniversary of the Republic of Estonia, 24 February 2019

Grace to you and peace from God our Father and the Lord Jesus Christ! This sermon on Estonia’s day of Loe edasi »

Yet another year of the Lord is coming to an end. Certainly there has been a lot that is worth bringing along into the coming year. Read more » 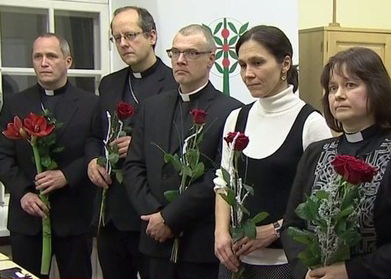 The Estonian Evangelical Lutheran Church is again a worldwide church 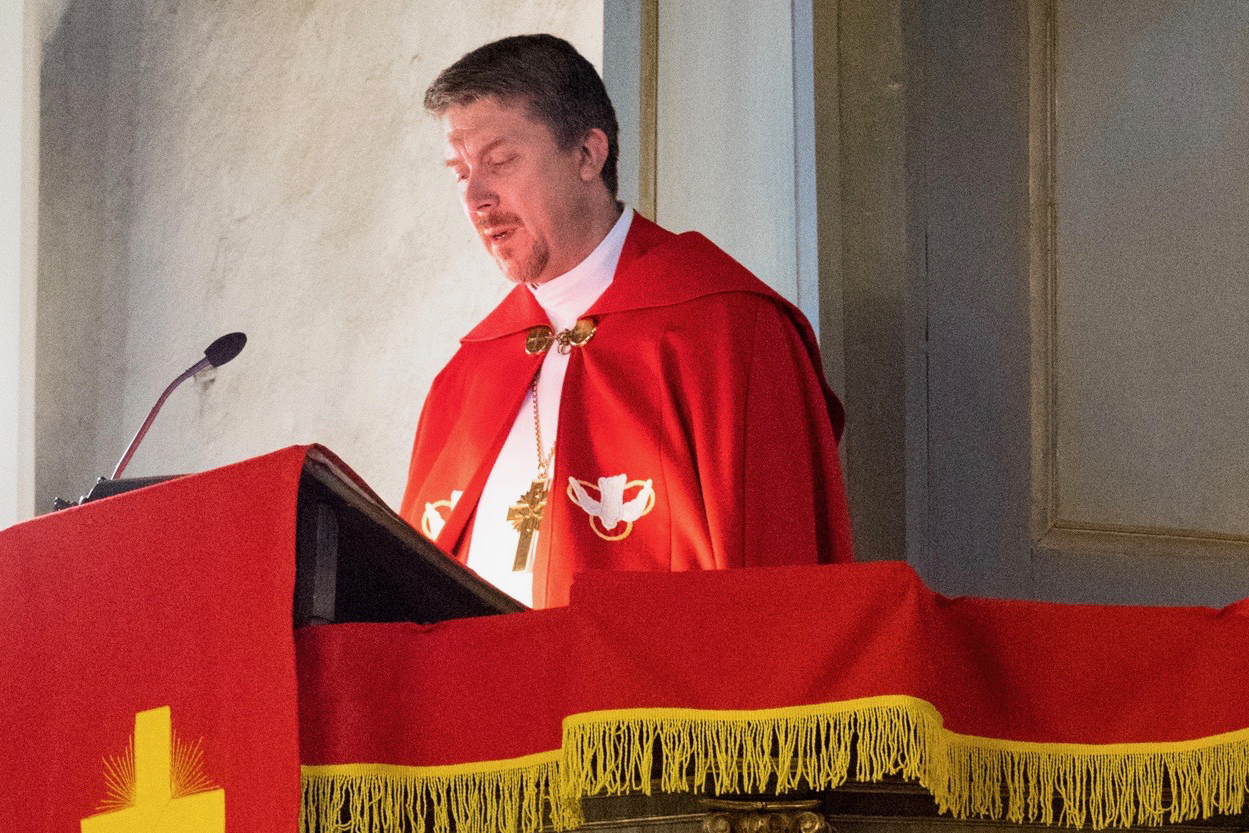 I welcome you all on this pre-advent evening with the reading designated for St Andrew’s Day, a celebration that the folk tradition has borrowed from the church calendar - Psalm 145 verses 3, 4, and 5. Behind us is an eventful year filled with the air of jubilee, which has been an appropriate and worthy introduction to the celebration of the 100th anniversary of the independence of the Republic of Estonia next year. The reasons for looking back with thankful hearts are many, the testimony to closeness of God’s grace, God’s help and blessings in our undertakings as a nation and as a church, as the whole society. Read more » 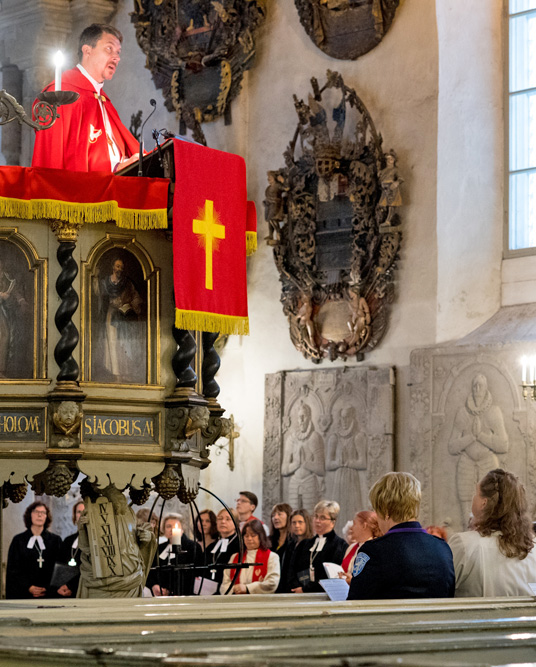 In the year 1967, on November 16th at 18.30 in the evening after the opening liturgy and the service of ordination, Laine Villenthal rose with Bible in hand to this pulpit here in the Tallinn Cathedral. She began her sermon with the words: ”It is only because of the grace of Jesus Christ I stand here!”, and she continued: “We two, who were just ordained, were not made pastors for the church by our parents, though we owe them for the burden of raising us up, nor did school, where we received the necessary knowledge needed for daily life, prepare us for our vocation as clergy. Read more » 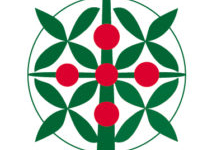 CONFERENCE: From Conflict to Communion

Within the framework of the celebration of the 500th anniversary of the Reformation, the Roman Catholic Church and the Estonian Evangelical Lutheran Church will hold a joint conference “From Conflict to Communion” on Wednesday, September 27th, 2017. Read more » 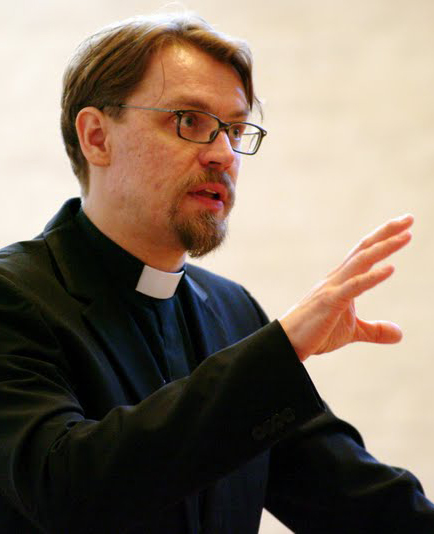 Current Status and Future of Lutheranism: Estonia’s Example – Presentation of Rev. Prof. Dr Thomas-Andreas Põder at the EELC Jubilee Congress on 26 May 2017 in Tartu

My task is to reflect, as a systematic theologian, on the current status and future of Lutheranism based on Estonia’s example. My reflection consists of three parts and starts with the clarification of the concept of ‘Lutheranism’ and the methodological approach used for defining Lutheranism – the accessibility and comprehensibility of Lutheran identity for us. Read more » 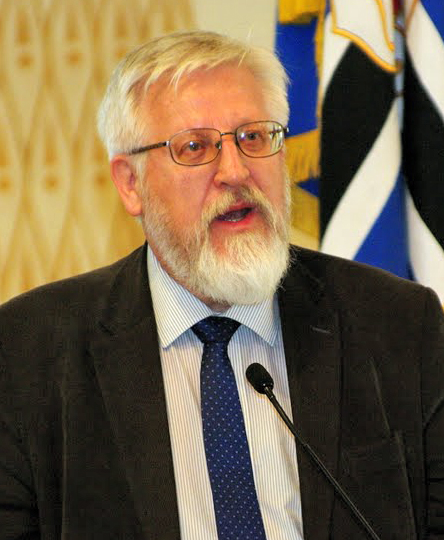 Science in a Post-Religious Society – Presentation of Prof. Tarmo Soomere at the EELC Jubilee Congress on 27 May 2017 in Tartu

I believe that the organisers and probably many audience members would have preferred a presentation with the title “Religion in a post-truth society or in a society without scientific foundations”. However, it would have been a too easy topic. Furthermore, it would have been too personal for many members of our society. Read more » 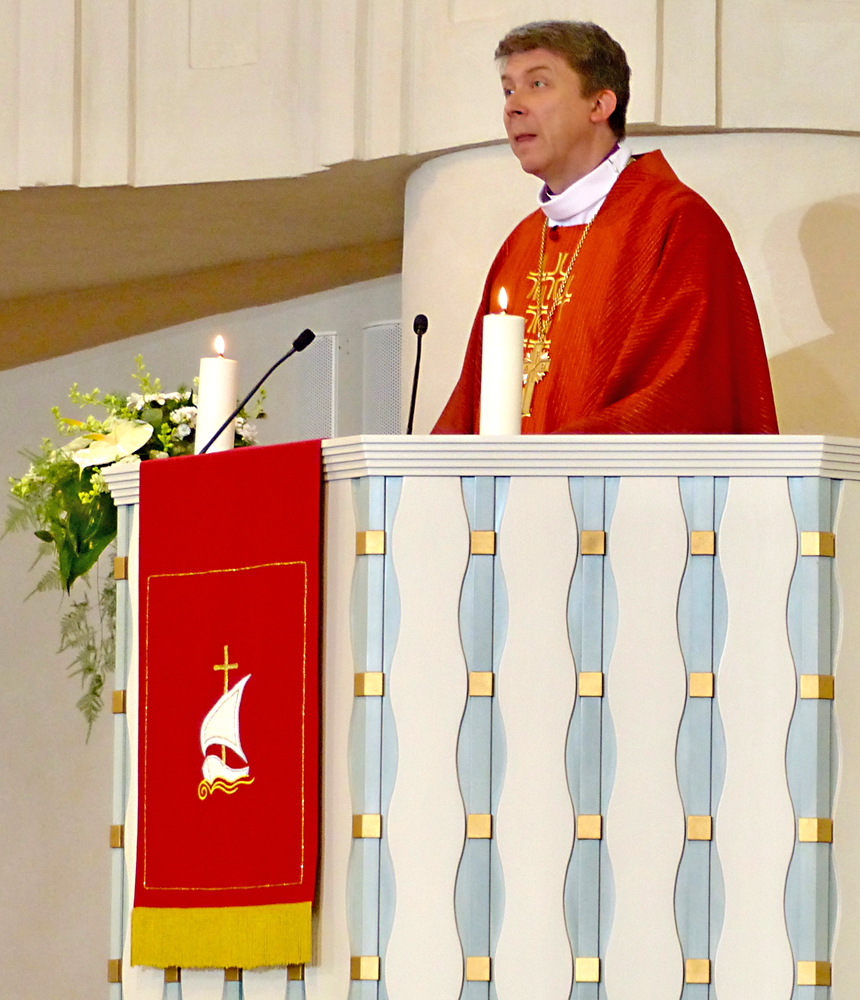 I begin my sermon with a quote from a newspaper, which is dated 3 June 1917 and is from the “Päewaleht” and it describes the church congress that gathered here in Tartu 100 years ago. In the newspaper it is written: “This is a unique event, that this very year, when our Evangelical Lutheran Church celebrating the laying of its foundation, the reformation movement’s 400th anniversary, that also the hour of its rebirth has arrived. This renewal is the very best and most influential gift for this anniversary year. Read more » 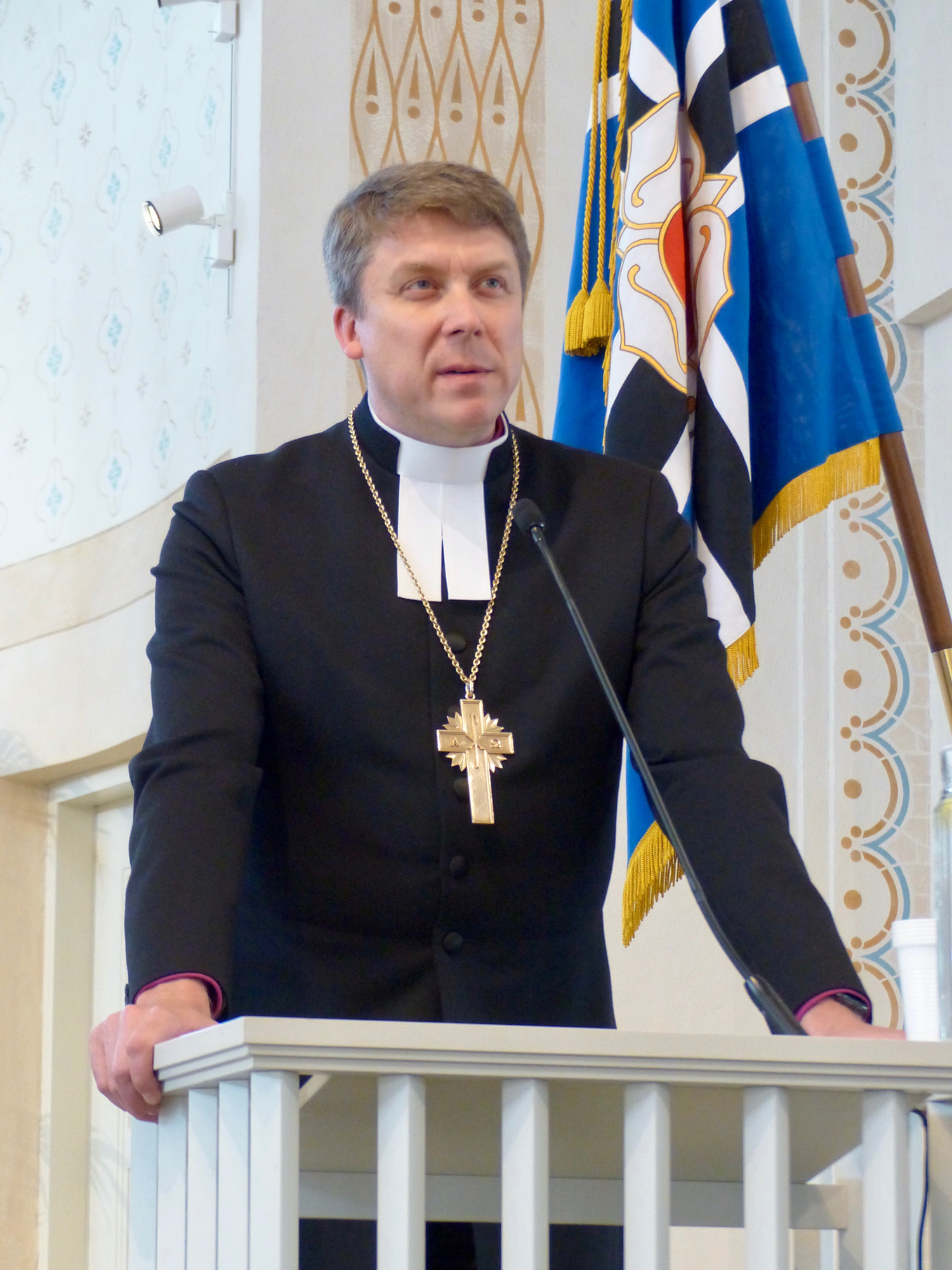 We are celebrating a century of ‘our own church’. The notion ‘our own’ needs further elaboration and context. We can say that transforming the Lutheran nobility church into ‘our own church’ was one of the main goals in 1917 after the church had been present in this land for more than 700 years and had also been recast by the events of the Reformation. Read more »

The members, voluntary helpers, workers and clergy of the Estonian Evangelical Lutheran Church have assembled in Tartu for the Jubilee Congress on 26 and 27 May 2017. We have dedicated the years 2017 and 2018 to the topic “Landmarks of Freedom” to remember and celebrate the anniversaries of momentous events that have influenced Estonian people and the 800 years of Christianity in this land: 500 years from the Lutheran Reformation and 100 years from the birth of the Estonian Evangelical Lutheran Church and the Republic of Estonia. Read more » 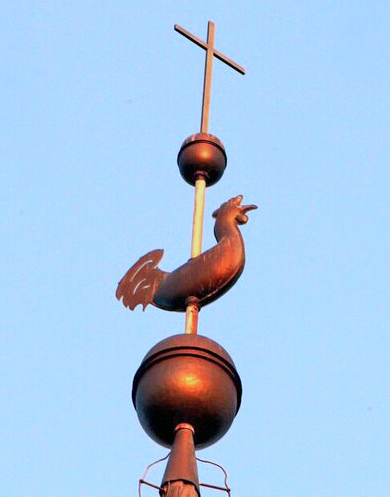 REFORMATION 500 – ESTONIAN EVANGELICAL LUTHERAN CHURCH 100 – REPUBLIC OF ESTONIA 100
More than eight centuries have passed since Estonia and Livonia were dedicated to St Mary. In 2017 and 2018 we celebrate anniversaries of major events, which have had a profound impact on Estonian people and church: 500 years from the Lutheran Reformation and 100 years from the birth of the Estonian Evangelical Lutheran Church and the Republic of Estonia.
Free people
The 500th anniversary of the Reformation is celebrated all over the world. The Estonian people celebrate it as a religious festival, focusing on the gospel message of human liberation and consolation, encouragement and rejoicing. In a theological interpretation, the Reformation is primarily a commitment of the church to Jesus Christ. As such, the significance of the Reformation is not limited to the events of the 16th century nor even only to evangelical churches. As commitment to Christ, the Reformation has ecumenical significance, which is relevant for all Christians. It is the revival and renewal of the church, springing from the foundation and centre of the church. Read more »

The bright-coloured logo of the 500th anniversary of the Reformation – a green apple tree bearing beautiful fruits – was inspired by a desire to celebrate the coming anniversary not only as an important event for the Lutheran church but in an ecumenical manner, with our sisters and brothers from other churches.
The apple tree represents our intention to think and talk about the Reformation not only as a past event but as something that touches every one of us now and in the future as well. In other words, the emphasis of the jubilee year should be on the aspects that unify us as Christians, that we can rejoice in together, for which we can be grateful together and that we would like to share with everyone – the living faith and hope that we have in Jesus Christ. Read more »