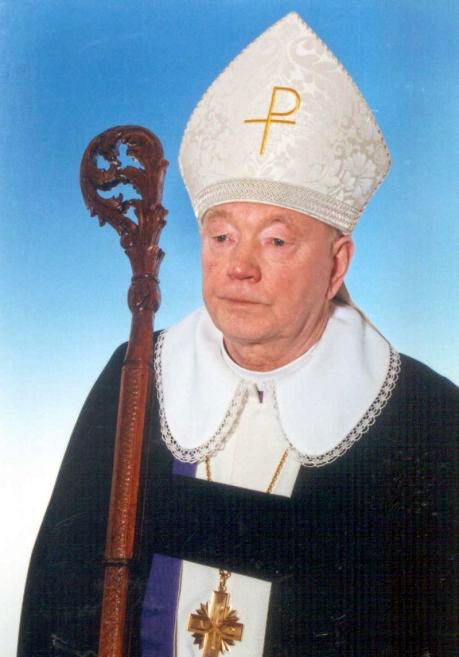 He began his service in the Estonian Evangelical Lutheran Church in 1949 as a preacher. He studied at the Institute of Theology of the EELC from 1949 to 1959 and in the two following years at the University of Göttingen in Germany. In 1950, he was ordained as curate by Archbishop Jaan Kiivit senior, nine years later he was granted the rights of a pastor. Kuno Pajula served the congregations in Illuka, Iisaku, Kursi and Narva, and from 1957 to 1987 St. John’s congregation in Tallinn.

Besides his work as pastor, he also served as vice-dean and then as dean of the Deanery of Tallinn and as a member of the Consistory. On June 11th, 1987, Kuno Pajula was elected Archbishop of the EELC. He retired in 1994.

After his retirement, Kuno Pajula continued to serve congregations – especially the congregation of the Cathedral of Tallinn – and to fulfil faithfully the tasks he had been entrusted with.

We thank God for Kuno Pajula, whose long life is like a summary of a very complex and difficult period in the history of Estonia and a testimony to the survival of what is truly valuable.