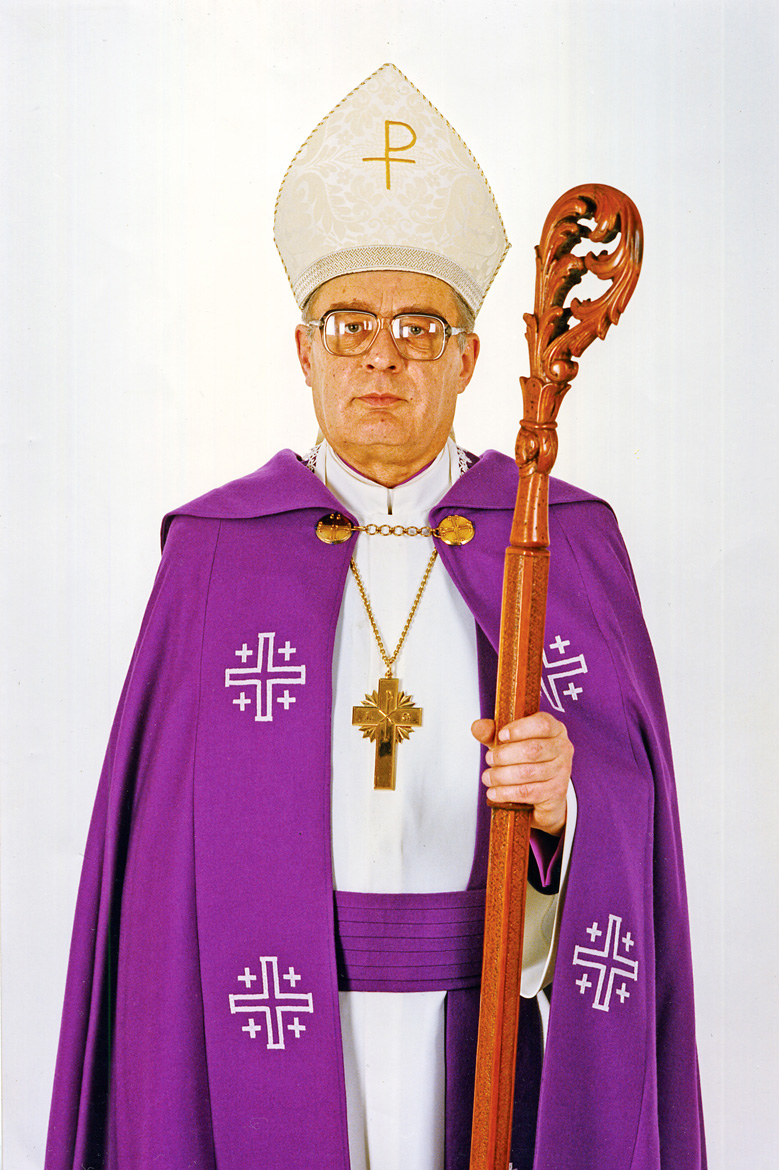 Jaan Kiivit was born on February 19, 1940 in Rakvere, Estonia in the family of the pastor and later the EELC archbishop (1949-1967) Jaan Kiivit (senior). In 1959 he graduated from the secondary school and began his studies at the Theological Institute of the EELC. In 1964 he was appointed a curate at the EELC Holy Ghost Church and as the parish pastor at the same congregation next year. Jaan Kiivit was ordained in 1966 and he worked as a pastor of the Holy Ghost Church until 1994. Since 1980 he was a deputy member of the Consistory, in 1986 he became an assessor. Since 1990 he was a member of the Consistory Board. Jaan Kiivit was elected the Estonian Evangelical Church archbishop in 1994.

Between 1978-1994 Jaan Kiivit was a lecturer of practical theology at the Theological Institute in Tallinn, 1989-1991 he worked as an Institute curator, 1991-1992 as the rector. In 1990 and 1991 Jaan Kiivit was the representative of the EELC in the working group for reopening the Faculty of Theology at the University of Tartu. 1989-1994 he co-ordinates the cooperation between the Estonian Lutheran Church and the North Elbian Church. Since 1992 he was chairman of the Foreign Relations Council of the EELC.

He has represented the EELC in many international conferences. He took part in the Eighth Assembly of the Lutheran World Federation in Curitiba (1990) as an official visitor. He was the EELC delegate of the Ninth Assembly of the Lutheran World Federation in Hong Kong (1997). Archbishop Jaan Kiivit was the first Estonian to be elected as member of the LWF Council. Since 1994 he was a member of the Presidium of the Leuenberg Concordia Executive Committee.

Archbishop Kiivit was a co-chairman of the joint commission of Estonian Government and EELC since it was established in 1995. He was a curator of the University of Tartu.

In 1997 Jaan Kiivit received an honorary degree (Dr.h.c.) from the Helsinki University and in 1998 Dr.h.c. from the Suomi College in USA. In 2001 he received the 2nd class order of the White Star from the President of the Estonian Republic.

Jaan Kiivit has translated theological and religious books and articles from Greek, German and Finnish. He has published study materials for the Theological Institute and a collection of sermons.