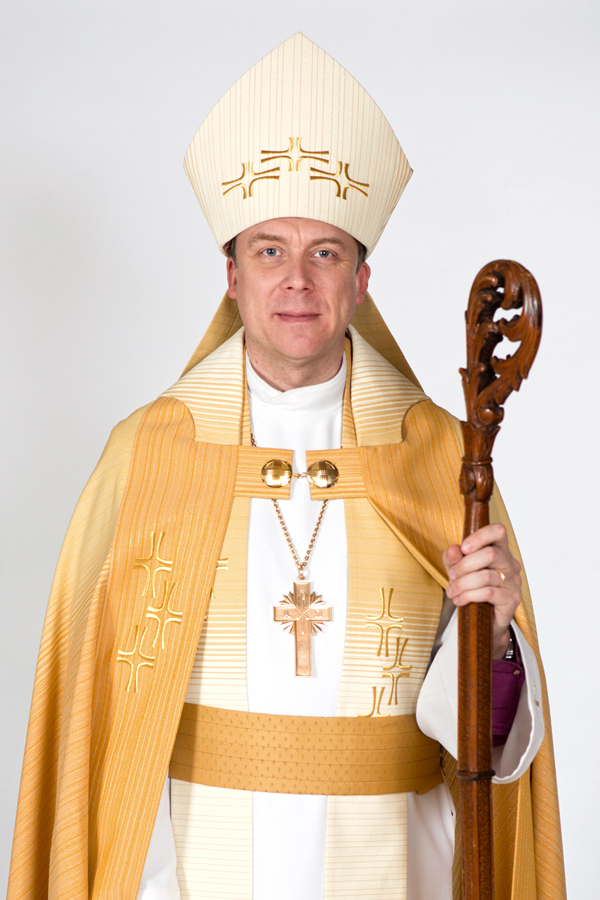 Urmas Viilma was born on August 13th, 1973, in Tallinn. After graduating from Saue Secondary School in 1991, he began his studies at the EELC Theological Institute which he graduated in 1998. Urmas Viilma was ordained deacon on May 2nd, 1993, and priest on September 15th, 1998.

From 1993 to 2004, Urmas Viilma served Pärnu-Jaagupi congregation at first as deacon and later as priest. From 2004 to 2008, he worked at the Church Property Administration joint stock company as its director and from 2008 to 2014 as chairman of the board. From 2010 to 2014, Urmas Viilma was the priest-in-charge of the Tallinn Cathedral Congregation. He has been a member of the EELC Consistory from 2005, from then until 2008 as the Assessor for Children and Youth Work, from 2008 until 2014 as the Chancellor of the Consistory.  As Chancellor, he was responsible for the day-to-day administration of the church, executing the decisions of the General Synod as well as governing economic affairs according to the budget and had oversight of deanery and congregational  financial arrangements.

On November 26th, 2014, the XXIX General Synod of the Estonian Evangelical Lutheran Church elected Urmas Viilma as the new archbishop. He was consecrated as archbishop on February 2nd, 2015, at the Tallinn Cathedral Church.

From 1991 until 2014, Urmas Viilma was a school teacher. He taught religious studies first at Pärnu-Jaagupi and later at Saue Gymnasium. For many years, he served also as a school chaplain. His ties with school, school culture and knowledge of educational landscape gave rise to the re-establishment of the Tallinn Cathedral School in 2011 together with the Tallinn Cathedral Congregation and the EELC Consistory.